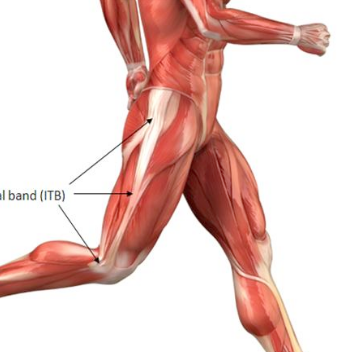 The band is crucial to stabilizing the knee during running.  It moves from behind the femur (thigh bone)  to the front while walking. The continual rubbing of the band over the bony prominence on the outside of the knee (lateral femoral epicondyle) or the outside of the hip joint (greater trochanter), combined with the repeated flexion and extension of the knee during running may cause the area to become inflamed.

What is ITB syndrome?

ITB friction syndrome is characterized by pain that is localized over the lateral femoral epicondyle (outside of the knee) or pain over the outside of the hip that occurs during vigorous walking, hiking or running. The pain is usually relieved by rest and by walking with the knee held in full extension. However, when ambulation and hip and knee flexion are resumed, symptoms return. 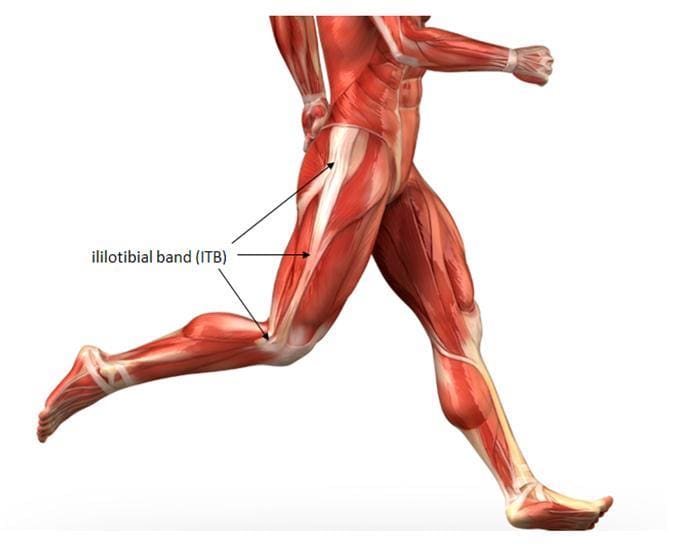 Overuse may cause shortening of the ITB.

What are the symptoms?

Pain localized over lateral femoral condyle (outside of the knee) or greater trochanter that is made worse with activity.  Initially it is relieved by rest, though may persist after activity. Pain is most commonly felt when the foot strikes the ground.

How is ITB  syndrome diagnosed?

History and examination can usually make the diagnosis.  Occasionally an MRI will be performed.  An injection around the ITB may also help with the diagnosis.

Can ITB syndrome be treated without surgery?

The majority of patients respond to conservative management.  Rest, ice, stretching, physiotherapy, and avoiding aggravating activities will all aid in recovery.  There is also a role for custom orthotics. Surgery is only used when non-operative measures and injections have failed. Surgery involves releasing the IT band.